Home / News / What are the shortcomings of ordinary screws?

What are the shortcomings of ordinary screws?

(1) Since the melting mainly occurs at the interface of […] 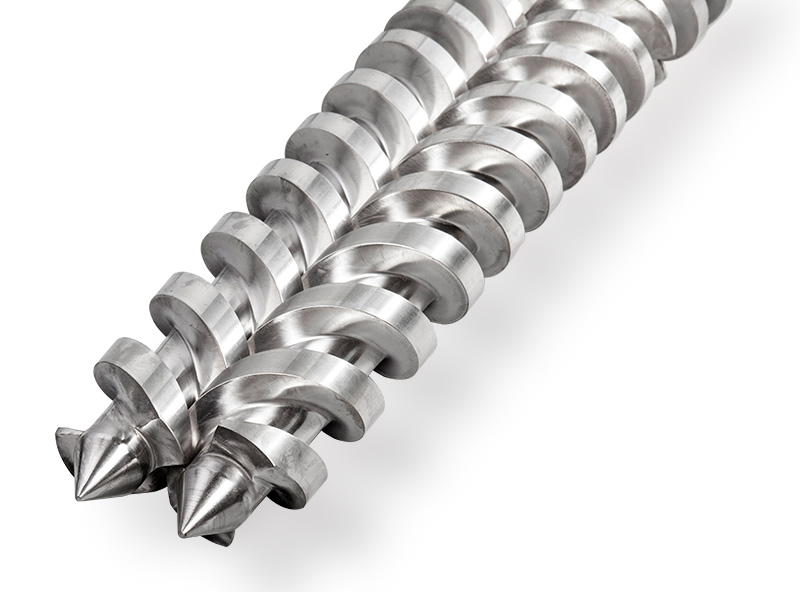 (2) The shear stress between the upper melt film and the wall of the barrel is generally several times larger than the shear stress between the molten pool and the wall of the barrel, that is, the mechanical power consumed per unit area in the upper melt is greater than that of the molten pool. It is several times of medium high, which makes when the screw speed is high, excessive shear heat will be generated, and the barrel needs to be cooled, which constitutes a waste of energy. Therefore, ordinary screw melting consumes higher mechanical power and lower energy efficiency.

(4) Because the upper melt film is thin, it is subjected to high-viscosity shearing, and a large amount of viscous heat is generated. After that, the upper molten film with high temperature is scraped into the molten pool by the spiral edges from time to time, and the melt in the molten pool further accumulates heat due to viscous activity. Since the contact area between the melt and the solid bed is small, the heat transferred from the melt to the solid bed is also small, that is, the temperature of the melt is mostly stored inside it. The solid bed is a good medium, which only moves in the direction of the screw groove, so the temperature rise of its core is slow. Therefore, the temperature of the polymer in the screw groove of the melting section is unevenly distributed and the uniform temperature is high. It is difficult for ordinary screws to increase the output. And energy efficiency.

PREV: What are the solutions to the screw slippage of the twin-screw granulator      NEXT: What determines the quality of the screw of the injection molding machine?